The concept of morality for… And it requires the principles of truth. 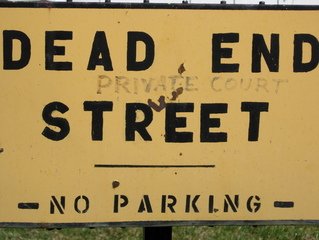 1492 Columbus… His story is very famous.

Before he discovered the New World, someone could imagine it.

Would you have been there? If anyone who claims the New World,

If there was, I’d be treated. But Columbus…

Toscanelli, and believe in the theories of many people, the New World,

I was sure there was. Back then, the Earth was round.

This place is under a lot of pressure like Galilee. the west side

If you keep on going to the sea, the Earth will be square and one day it will be on the ocean

Everybody thought it was going to fall to the edge of the cliff. in search of truth

The same goes for going. The adventures of finding truth are all there is.

It’s the most lonely expedition to go alone.

Columbus and his crew risked their lives to continue the voyage.

We did. We finally found the New World. Back home.

The people who were so opposed to where the New World was now,

He said, what’s the big deal about finding the new continent?

You know the story of an egg in Columbus, right? This egg can stand on top of course.

Columbus said, “Who’s Za?” How do you all know?

You cursed Columbus, didn’t you? Then Columbus took the eggs.

I broke one side and set it up like that. Likewise, they’re not the only ones.

He booed again. Discovery of the New World and eggs. The feeling

Can you feel that? The attitude of a true scholar. And a true leader.

I don’t know how to change it. I’ll change it if I know.

Please read the book I introduced you to. So we’re going to have a space-time experience.

You’ll have a concept.

The concept of space and time flows linearly only in this universe.

The concept of space and space out of this universe is completely nonlinear.

My writing is too long and cliche? I can’t help it.

Truth is not a language, so it’s like it’s split at once.

I can’t express it. It’s not shocking? That’s what you feel

It depends on the person. Get rid of the notion of me.

Do you know how insignificant a human being feels?

And truth is far beyond human perception.

There’s no human perception in the forest.

It’s so big that I feel like I don’t have it.

It’s so useful that it feels useless.

So it feels like it’s neither useful nor useless.

You have to feel this kind of truth. When I was in the unit, my replacement.

I’ve talked a lot about this with certified soldiers.

If you feel the truth a lot, there is progress in oriental medicine.

Truth has no principles, so it can be applied to all sides.

There is. Oriental medicine. Martial arts, love. The world, the war.

It’s all over the place.

Just remember this one thing. My writing is really sincere.

It’s written as. I’m trying to brag. That’s the kind of thing.

Not at all. writing in a manner that explores the solemn truth.

It’s me, Hyung-sun. And the lonely search for truth with all of us all.

I’d like to be your friend on the street for a while.

Time and space. It’s not absolute. funny as a hatter

The road where the country village is is so beautiful.

The morning sun shines on the field yellow, the broad rice paddies are blue golden, the rustic country house, the collapsing barn feels its home, the roof of the barn grows grass, and the

cosmos faded next to the front yard’s red day, and Todam…..

The cold autumn wind permeates through the standing trees.

A grandmother with a towel around her head and a hoe and a basket headed for the field.

In the middle of the rice paddy, the scarecrow was dressed in colorful costumes….

The scenery here is a poem and a painting, but I just look at a person like myself.

Autumn is rich, and it is also reminiscent of a splendid end, death, as it is thought to be the fruit of a year’s sweat and struggle.

In the fields full of golden light and in the scattering of red and yellow sunlight, you can see all kinds of groups slowly dying at the same time.

Is it the fault of the season that I feel so empty when I feel that the years that I have been rushing to become a winner in the city, neglecting my earnest wish, have been my life only for today?

What I really want to do and what I can do well.

I’ve been walking on this land for over 40 years.

And I have debt and obligation in this world.

I’d like to leave some marks and memories on this land, even for the sake of reparation..

Imagine an uncertain future in which one day, even though the youth of one’s age has passed, wants to live in this natural field with a younger, fresher heart.

What can you pursue as a dirty, stinking, noisy, ugly city life, nervous, dull city dweller….

If this continues, I am just a vain dream and there is anxiety that we will not get anything.

I am a traveler who is constantly walking towards a certain destination,

Isn’t it an honest expression to say that you don’t know where the destination is or if it exists?

However, if we worry too much about the current difficulties or imagine the possibility in advance, we will not be able to do anything.

Just hoping that there will be an exit, shouldn’t we think about whether there is a way to live in our own world?

Yes, we should be alive by ourselves.

in order to do so

Think carefully about everything.

There should be no more time-saving and wasting………………

Last Sunday, I loaded my bike into the car and went to Central America….

At the entrance of the Jungmi Mountain Natural Recreation Forest, I rode my bike down the downhill towards Yangsu-ri.

Even if you go down the hill fast enough to worry that the bearings of the bicycle wheels will be removed,

and you worry that the brakes will work well, you will slow down when the cold air in the morning of autumn permeates into your collar and your nose is cold enough to run out.

It makes me feel better to imagine myself in the autumn scenery as I slowly run along the flat road between the fields.

They touch the cosmos by the road, wave to the children, and run through the autumn scenery, avoiding the chestnut fallen by the road.

I can sigh for a moment as I stand my bike in the vacant lot next to the road and look at the flowing stream and the golden fields and the blue-green sky in front of me.

I bent down, straightened……leg up, down…..and warm up like this……,

Get back to your senses and run again, pedaling your bike vigorously.

As I began to climb the hill, I felt the sunlight of autumn hot, and as my breath and sweat all over my body cooled down in the autumn wind, I felt more and more energetic.

Sometimes I go out there and sweat.

Breathing air from the unspoiled earth,

It really makes me feel refreshed.

In the beautiful scenery of autumn in our country,

Ride a bike, and have fun running.

And when it’s hard to run,

Drop by any cafe and have a cup of coffee……

savory taste
in a coffee cup, in a cafe, in the autumn scenery

It’s going to be so fresh.